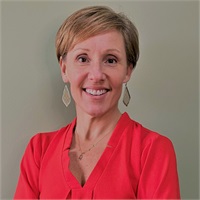 Cassie grew up in Dothan, AL. She moved to the Gardendale area in 1996 and has been recognized as Gardendale’s Own, an award presented to an individual who has brought positive recognition to the City of Gardendale.

She assists with the behind-the-scenes operations of Greg’s financial practice including maintaining client records and retention.

She has served as VP Development for Habitat for Humanity Greater Birmingham for 13 years and is a licensed attorney. Cassie was named Troy University’s 2006 Alumna of the Year and named one of Birmingham’s Top 40 Under 40 brightest rising stars on the local business scene by The Birmingham Business Journal.